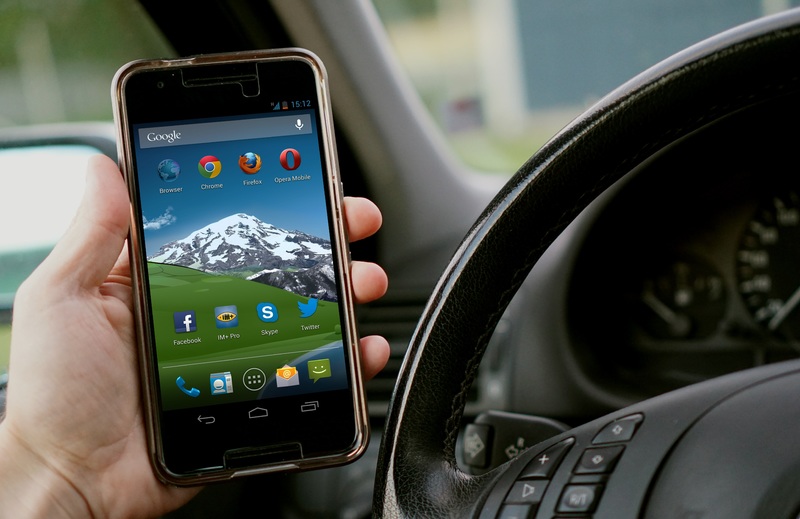 Did the new mobile phone laws take effect with the Highway Code update on 29 January?

No. While many thought this would be the case, the Highway Code update on 29 January did not see the new mobile phone rules take place on the same date.

The new laws that will affect how drivers can interact with mobile phones and other hand-held devices came into force on March 25, 2022.

What were the laws before March 25 for using phones while driving?

Before the new laws, it was still illegal to text or make and receive phone calls using a hand-held device while driving, but there were certain exceptions, which we have covered elsewhere on this page. However, there were also gaps in the legislation that meant some drivers were able to escape punishment after handling their mobile phone while driving. The new legislation ensures that rules are tightened up and cover the likes of drivers taking photos, playing video games, scrolling music playlists or using sat-nav apps in certain circumstances.

What are the new rules for mobile phone use when driving?

In an attempt to cut off any ‘loopholes’ that legal experts may use when defending a motorist who has been caught using a device while behind the wheel, the new legislation which came into force on 25 March 2022 will cover the following:

Do the new rules apply to other devices, too?

Yes, the new law has been expanded to cover the likes of smartwatches, tablets and laptops to prevent their use when a driver is behind the wheel.

When can I use my phone to make a call while driving?

Previously, there was one exemption, allowing motorists to use a phone while diving in the event of an emergency where is it impossible or unsafe to stop – such as if the driver was concerned about a fake police officer attempting to stop their vehicle. However, a new exemption has also been added to the new legislation – we have outlined this below.

Can I use my phone to pay at a drive-thru or road toll?

Yes. The new law has added an exemption in for this very reason. Drivers will – providing they are stationary – be able to hold their device to make a contactless payment at a terminal. This could be anything from a MacDonald’s drive-thru to the Dartford Crossing or Tyne Tunnels, for example.

Is it still legal to use my phone as a sat-nav?

Yes, it is, but certain conditions must be met. The guidance notes around the new mobile phone legislations says that using a phone or other hand-held device as a sat-nav will remain legal only if the device is secured in a cradle and not in the driver’s hand. The mount must not obscure the driver’s view out of the vehicle’s windows.

What are the penalties for breaking mobile phone laws while driving?

The penalties for breaking the new and existing phone laws while driving are as follows:

You can also be taken to court where you can:

What do experts say?

Edmund King, AA president, said: “This is a much needed upgrade of the law to help make our roads safer.

“Mobile phones offer many distractions and this sends a clear message that picking them up to use them will not be tolerated."

The AA chief added: “Drivers will be extremely limited on when they can pick up their phone, mainly to call the emergency services when there was no opportunity to safely pull over and to make contactless payments at drive-thrus.

"Being sat in a traffic jam or waiting at the lights is not an excuse, we want people to keep their hands on the wheel and their eyes on the road.”

Take a look at more of our top motoring-related content here...

Do I need six months on my passport?

Spot fake police pulling your over.

Can I claim flight delay compo after Brexit?

What are those dots on my windscreen?

Got a story or want one written for your site? Get in touch with me here to discuss your requirements. We can provide professionally written copy that’ s SEO-optimised to get your site noticed.